Prometheus may indeed be the unrecognized classic that I believe it to be, but there is no denying that it’s shortfalls have influenced the future of the Alien series just as much as its original concept. While Alien: Covenant is a step back into the creature horror that made the franchise, well, a franchise, it seeks to meld this approach with a continuation for Prometheus‘ higher speculations on life and creation through the last remaining character of that film. It’s an effort not unlike that of the infamous Dr. Frankenstein, however whether it is doomed to fail still has to be seen.

The crew of the colony ship Covenant, bound for a remote planet on the far side of the galaxy, suffers a near-catastrophic setback that leaves their options limited. At this critical juncture, the crew discovers what they think is an uncharted paradise, a habitable world seemingly missed by all surveys of the area. Entering orbit, a scouting team descends to the surface, where an unusual mystery begins to unravel. Somebody has been there. And something else awaits them.

If there was a prevailing theme from my viewing of Covenant, it was that of mild confusion. I saw it after the opening weekend, so while I had not actually read any professional reviews in depth or absorbed spoilers, I was able to discern a large swath of general opinions on the film. In truth, I’m hard-pressed to remember a film that was more divisive than this one. And while confusion usually denotes disappointment with a film, in this case, it’s much more positive. Complicated, but positive. 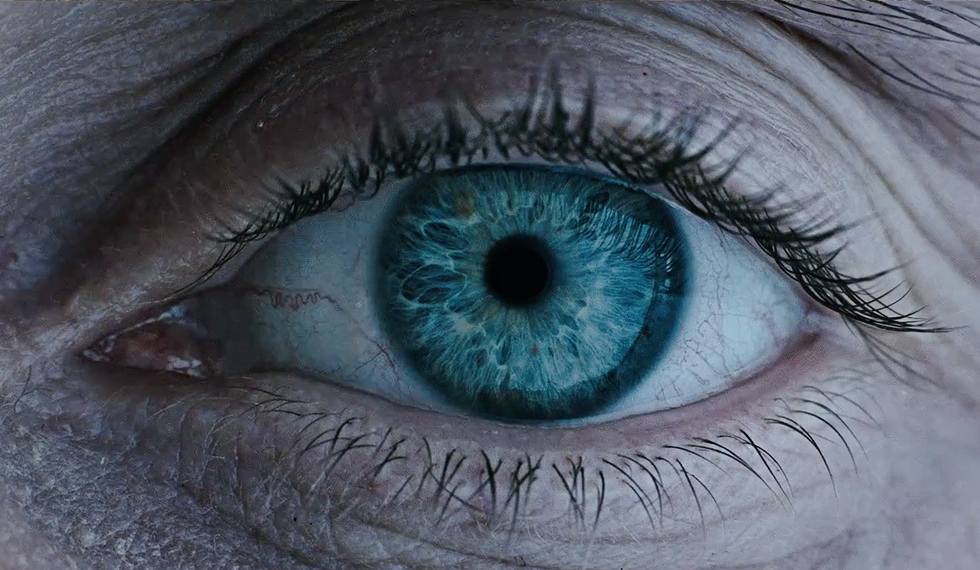 Covenant‘s opening is much more reminiscent of Scott’s Blade Runner than any other entry in the Alien series, beginning with an extreme close-up shot of an eye. David’s eye, in fact, during the first day of his existence, in the company of his creator, Peter Weyland (Guy Pierce). After a philosophically-weighty conversation brought on by David’s rendition of a Wagner piece, David asks a pointed question that not only harkens back to events in Prometheus, but becomes a focal point of this story: “You created me. Who created you?”

Flashing forward, the colony ship Covenant encounters a solar flare that damages the ship and rocks its crew awake from hypersleep. After unceremoniously killing off the Captain (in a hilariously short cameo by James Franco), the film settles into a stretch of character building. Katharine Waterston plays this film’s Ripley-counterpart, Daniels, with a believable hyper-attentiveness and concern for the crew, as the dead Captain was her husband. She is surrounded by a core of likeable people, chief among them being Danny McBride’s Tennessee and Amy Seimetz’s Faris, a rough-around-the-edges couple with Earthy roots and healthy senses of humor. Billy Crudup is Oram, the Covenant’s new Captain and presumably a man of faith, however more so a man punctuated by deep insecurities.

During repairs, the Covenant receives a mysterious transmission from a previously-undiscovered planet, and from here, the characters freeze in mid-evolution from this point on in favor of sheer mystery. The high-tech interiors of the Covenant, which seem even more related to the Nostromo than the Prometheus, give way to a world known by the filmmakers as Paradise, lush with vegetation and spectacular views but devoid of any animal life. It is here that Covenant achieves its finest and most subtle melding of Alien and Prometheus; a foreboding and eerie environment, cloaked in earthen beauty and wonder.

Once the eponymous Aliens show up, the film kickstarts into a more familiar gear, even if the new creatures themselves aren’t quite so familiar. The new birthing scenes are horrendously bloody and gruesome, and in my mind reach the same level of shock as the original chestbursting scene from 1979. The new beasts themselves are also incredibly ferocious, clawing through bodies like hot butter. The frenetic pace and incredible amount of bloodletting in these alien scenes does a swell job of distracting from the shaky CGI and often-times idiotic decisions by their victims.

And I’m absolutely sure that this is how the rest of the film would have played out, were it not for the impeccable talents of Michael Fassbender. Playing dual roles as David and the Covenant’s more advanced yet emotionally-lacking synthetic Walter, Fassbender gets to eat up the screentime with breathtaking examples of acting prowess. Walter is stunted intellectually yet immensely likeable in the bond he forms with Daniels, quite the opposite persona to David. The curious android has changed much since Prometheus, having found a purpose for himself in the guise of artistic and biological creation. He’s become his father, filled with delusions of greatness coupled with the intense desire to make something that improves upon him. His quest for perfection even extends to his scenes with Walter as they spew weighty dialogue in masterful long-takes by Scott (as if he were composing the cinematic form of baroque), with two in particular taking me by surprise with an undercurrent of homo-eroticism between the two supposedly sexless automatons.

David’s evolution into a more villainous character is quite the welcome shift, and almost merits Covenant dropping ‘Alien’ from the title. Yes, the classic Xenomorph does show up for the climax, but he’s only there to please the crowd. David is the true man of the hour. He eschews classic Shelley poetry and commits horrendous acts of sexual violence and Frankenstein-ian meddling in creation that dangerously borders camp but pulls through quite nicely, echoing the pulpy roots of the Alien series. While Covenant may begin and end much like Alien did, its meaty middle is stuffed to the brim with the same bold ambition that Prometheus had, this time not swirling around ancient aliens and questions of the afterlife, but compacted into the metaphorical monster David has become. “Serve in Heaven, or reign in Hell,” he asks Walter. It’s clear which choice he has made.

Alien: Covenant is an interesting film, one that I feel is both a compromise and a gamble. Ridley Scott has long felt an unneeded urge to overexplain the mystery behind his original film, and while this one seems to answer the big enigma of the nature and origin of the Alien itself (I don’t believe it does, however, as my fan theory can still hold up), Scott also reigns himself in, listening to his better artistic muses while saving enough time to deliver the guts and gore that he admits moviegoers wanted out of him. And in creating a series villain that dwarfs even the Weyland-Yutani Corporation, Scott may have landed his extraterrestrial baby into biblical waters of existential terror that were more hinted at in his previous effort. I had no idea what to expect going into Covenant, and I didn’t walk out of the film cheering; rather, I was pondering what a subversive work of genius Covenant might actually be. It may definitely be rooted in horror conventions, but Scott is obviously unconcerned with that. Time will tell, but for now, I’m slowly realizing that I have what I wanted from this film.

Something new to think about. Thanks for the brain-grain, Ridley.